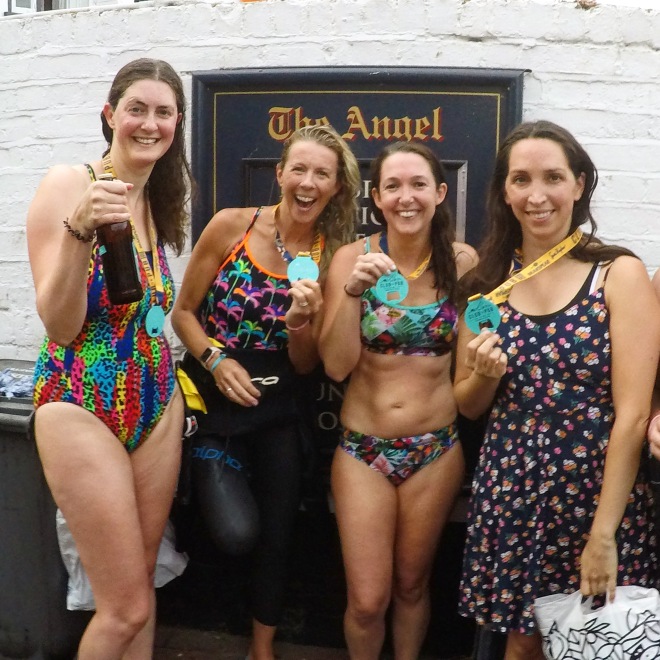 2018 saw the 5th edition of the Henley Swim Events Club to Pub swim take place.  This event has gone from strength to strength and is now a firm regular on many local swimming clubs’ calendar. You start at Henley rowing club and swim a short distance upstream against the current and then turn and swim 1000m back to the Angel on the Bridge pub. 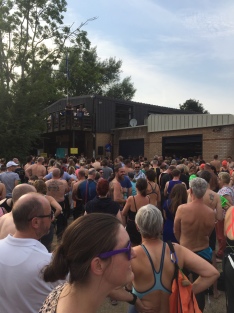 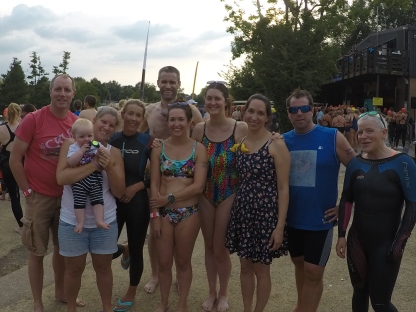 Team Mermaids and friends were out in force this year (apart from Katie who was stuck at home parenting while her husband was on a stag do) and after a sweaty drive down in my (Manda) vintage-sans-air-conditioning yaris we were registered and raring to go.

In spring and definitely prior to the UK’s never ending heatwave, most of us had entered as “traditional” (no wetsuit) so we were patting ourselves on the back when it was announced that the water was 23 degrees. After being coerced into going without wetsuit in 2017 by Brian, it was somewhat a surprise to find out that Brian was swimming in a wetsuit!

We were in the final wave that started at 19:40.  After a little false start (Tom – you had ONE job!), we were off.  The initial part of the swim against the current is always a battle, as you expect it to be short and sharp, but it NEVER is.

Once you turn the corner you are on the home straight and it’s a case of wiggling through the people still swimming from the previous waves, whilst trying not to swallow half the Thames (we all know what happens to THOSE people).

Before you know it the bridge and pub appear and after my Annecy finishing disaster last year, I ensured that I touched the finishing board with some gusto… but not too much, as I didn’t want to be the person responsible for it floating down the Thames. 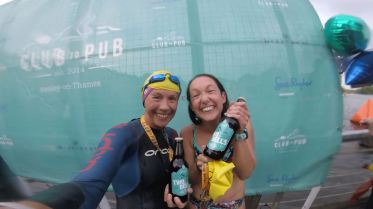 As soon as I finished I spotted Gail finishing.  She had been petrified of the swim, but had absolutely smashed it.

The rest of the team soon followed and we promptly celebrated with burgers and beers on the side of the Thames.

Thanks to Henley Swim for a great event again!