Henley club to pub is the annual swim that takes you upstream from Henley rowing club before turning downstream past Marsh lock back to the Angel on the Bridge pub in Henley.

We previously did this event in 2014 but haven’t made it back since. In 2017 I returned to the race without Katie but I did have Pivo, Brian and Charlie for company. 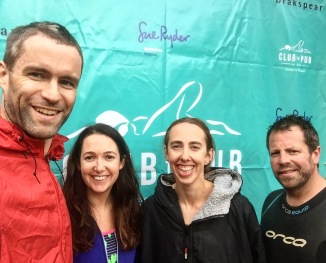 In a massive change of events, Pivo was in a wetsuit and me, Brian and Charlie were all skins. I had entered the open category rather than the traditional category resulting in me being one of only very few skins swimmers in my wave and same for Brian.

Brian and Pivo disappeared off with their pink caps for the men’s open wave, where apparently Brian drafted off Pivo for the first 400m and then following the men’s traditional and vets wave it was my turn to get in. 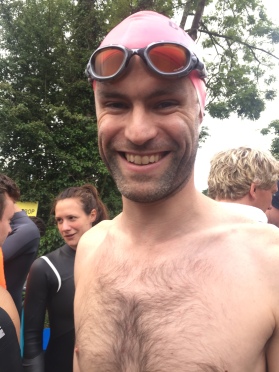 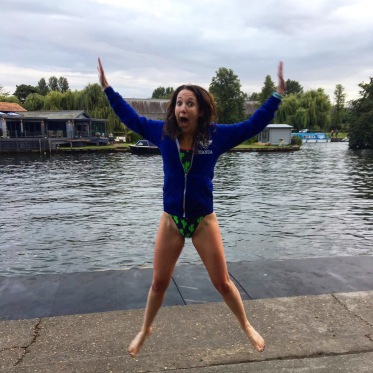 I waited until a minute to go before I plunged in. I was surprised to find warm water but with loads of weeds (probably both a result of all the warm weather!).

Now in 2014 the course was short (1300m rather than the 1500m advertised) and we turned at island so it came as a surprise when the top of the island appeared but the turning buoys were still approx 100m upstream.You really got to feel the current when turning as it felt like you were swimming horizontally but really you had already shifted 1m downstream. I was having to constantly readjust not to miss the buoy. 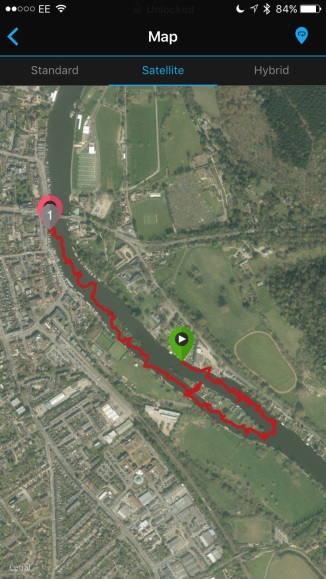 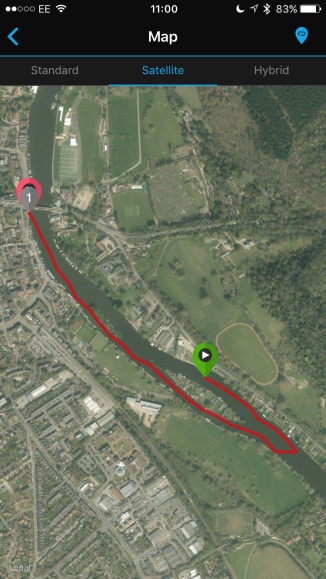 Once turned it was a case of carrying on pushing yourself past the fancy houses on the island in the middle of the Thames to make it to the pub. Must.Get.To.Pub.

About 100m from end, a suited swimmer came into my vision. She had been sat behind me most of the way and had now decided to make her move. No chance. I’m not a short distance swimmer so the effort I put into ensuring I finished in front of her nearly made me sick at end! 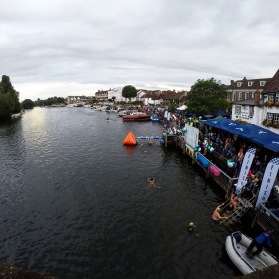 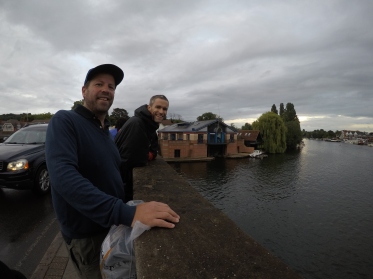 Post swim we cold footed it back to the rowing club to change and then headed back to the pub for some post swim food and drink. 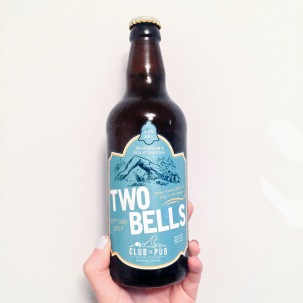 Henley swim have taken on board the feedback from the previous events and it is great to see this event firmly wedged on their events calendar. We will be back!