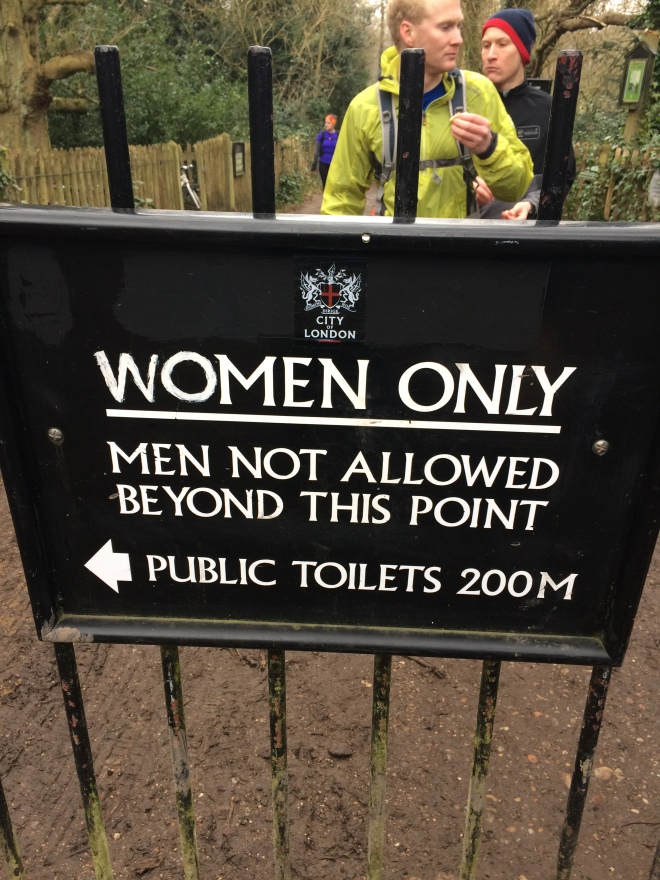 Back in the depths of winter last year Manda texted me to ask me if I was up for doing ‘The Swimmer’ in March. I hadn’t heard of the event before but with a name like that surely it was right up my street and I promptly accepted.

Fast forward a couple of months and we are having dinner with Laura and Josie our running friends and they are talking about an event where you run between London lidos and go for a dips in each. That sounds like fun I said – meaning fun for people who like running. At this point Manda pipes up and say ‘that is what you are doing in March’ errrrr no one mentioned running was part of The Swimmer. How much running I tentatively ask? 14 miles? What the bleep?!!

This was how I ended up nervously standing outside Gail’s at 7.30am on 12th March waiting for The Swimmer to begin.

So what does the event actually involve? We started at Hampstead Tube and ran up to the men’s ponds on the Health. This is probably a little over a mile. We then had a dip in the men’s ponds. The water temp was around 9 degrees. I climbed down the ladder on one side and planned to swim round to the other and climb out. When I got round to the other side thought there was about 10 people queuing to get out so I promptly swum back round to where I had started. I was not hanging about in 9 degrees. 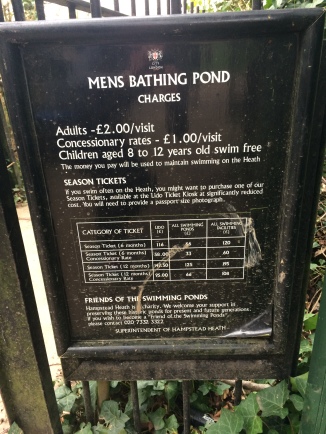 We were just getting changed when someone came in to tell us the ‘good news’ – today was one of the only day of the year during which the ladies ponds are open to men and we were going there for a bonus dip!  The most common reaction to this news was ‘but I only brought four costumes!’

After we finished getting changed we set off on the roughly half mile run to the ladies ponds. The changing rooms have recently refurbished and are lovely. I would certainly recommend this as a place for a swim for any North London ladies. 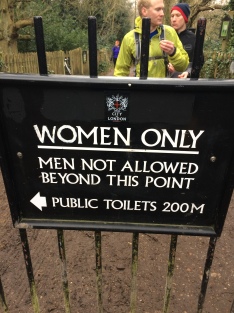 After a short paddle around we were back on the road again down to Parliament Hill Lido. The pool water was slightly warmer than the ponds and I did a length (60m).

After Parliament Hill Lido the serious running began with a 6 mile traverse to the Serpentine. I was grateful for the Helen’s (@helenexpalinsit) company on the running as how shall I put it – well we were right at the back! We didn’t arrive too far behind everyone and I enjoyed my half-length in the Serpentine with the ducks to cool off!

After some cake we started on the final 6 miles down to Brockwell Lido. This is where the running started to get pretty tough. Helen and I kept the pace steady though and we made it to Brockwell by around 12pm for a final one length.

Overall it was a fun, relaxed and friendly event. Manda had given her ticket to Lucinda Bayliss and it was really nice to catch-up with her and her husband Mark about their summer race plans. The longest I have ever run before in one go is 7 miles the one time Manda and I ran round Richmond park and it almost killed us so the distance was definitely a challenge for me but it was manageable as you have the breaks for the swim.

The Swimmer is run monthly over the winter and you can check out the website here. http://www.theswimmer.org/

I could potentially be tempted to try the Olympic Odyssey…