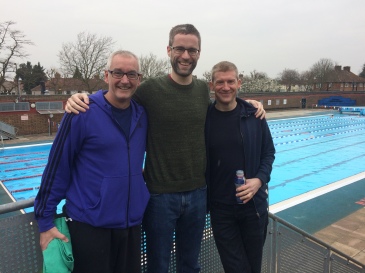 After the success of 100 x 100m a few weeks ago everyone started getting very optimistic and suggesting more 10km sets.

This is how we ended up at Charlton Lido again on 12th March 2017 attempting a 10km pyramid.  We were a reduced group this time as Adrian way away skiing (I think he might have planned the trip to avoid the set) and Manda wasn’t very well.

So the set pretty much did what it says on the tin and went like this:

The day before the set I had run over 13 miles as part of the Swimmer so basically my only goal was to finish and if possible maintaining good (or at least good for me) technique.  At least this is my excuse for the awful times I posted!

Overall it was a good set and nice to tackle the distance in a different way to 100x100m.

Watch the space for more 10km sets in the future… 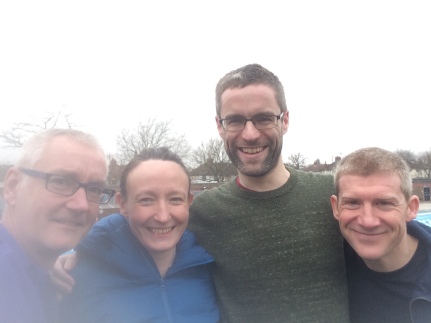