From the longest race to the shortest race of the season. After the 14km Bridge to Bridge the weekend before, last weekend Manda and I competed in the RG Active relays. The race is 6 laps of Ham Lake, a lock that is fed from the Thames nr. Richmond, and is 3.2k in total so around a mile each. Each lap you have to hand over to your team mate, which involves running up a steep hill. This part nearly killed me. At the end of each lap I was totally out of breath and I am not sure that that was from the swimming! 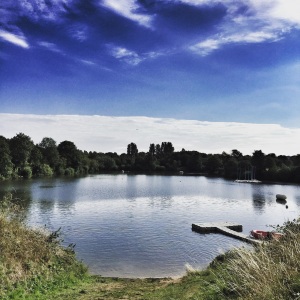 While this isn’t the biggest challenge distance wise, it is lots of fun. It is great to hang out with all the RG Active peeps and chat about the seasons events. After the event Vicki and Emma had baked some cakes which were worth the trip alone. 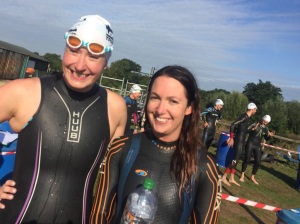 This is the second year the relays have been run. Last year Manda and I were the winners so we were hoping for a repeat performance. In fact Manda has been doing some trash talk on Twitter which was making me a bit nervous! Alas it was not to be as we were beaten by a Teddington Masters team into second place by 3 mins (we swam 49m 29s compared to their 46m 31s). We will be back next year to try and regain the title!!